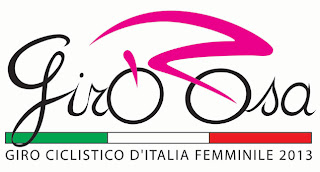 Women's cycling's last Grand Tour the Giro Donne looked to be dangerously near to going the same way as the defunct Tour de France Féminin in December last year when organiser Epinike revealed it would not be seeking a renewal of the contract to run the event, which is owned by the Italian Cycling Federation.

After widespread calls to save the race - from, among others, Emma Pooley ("It would be terrible for women's cycling if our Giro stopped") and Evelyn Stevens ("...the Giro, that's the race... You hope that maybe it will be saved because it's such a beautiful bike race. I love it.") - Federation president Renato di Rocco assured fans and riders alike that if he was re-elected, he would make preventing the Giro's disappearance a priority.

Di Rocco - who also revealed that Giuseppe Rivolta, who ran the event between 2002 and 2005, again from 2007 to 2009 and then continued as race director after Epinike took over, would be his choice as president of the organising committee - didn't break his promise. Following negotiations and the creation of a new organising company by Rivolta, Erre 4, the race began to find itself on firmer ground and early this year it was confirmed that the 2013 edition would go ahead under a new name - the Giro Rosa.

The Giro's Twitter is @GiroRosa2013 and it has a Facebook page. The official homepage is here.
Posted by john_orbea at 12:11