Two young women, riding their bikes down a rather pleasant country road on a summer's day. Then a man on a bike catches up, looking disparagingly at them before riding past. The women try to keep up, but they can't - because they're weak girlies, of course. They start to sweat and their jerseys turn out to be body paint, which begins to melt as the camera zooms in on their breasts... 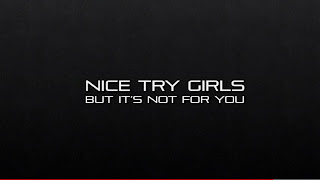 "Nice try, girls - but it's not for you," is the final message before the ad ends.

Even in the 1970s, a lot of people would have found such an advert questionable. The fact that it was made public in 2012 is remarkable - not least of all for the fact that any company could possibly have thought it was a good idea.

Nevertheless, the company is now claiming that it never meant to cause offence and that their vile sexism was tongue-in-cheek - on their website, they say...

"Apologies our 'tongue in cheek' viral has landed badly to say the least so we have removed it from our site.

We were not insinuating that women can't cycle. The British women were extremely successful at the 2012 Olympics and we are full of admiration for them and all women cyclists!

We were intending to make a light hearted viral to communicate that we just design for guys, NOT that women can't cycle.

Apologies for any offense that has been caused."


Er, right. Yeah, that sounds pretty sincere. Do they mean to say, "Oh arse, we screwed up big time there by assuming all male cyclists are a bunch of complete scumbags like us, didn't we? Here's our attempt to wriggle out of it...?"

Like they say, Limitless Performance don't produce a range of women's cycling clothing. They may well find that they don't need to produce a range for men now as well, because a lot of people aren't going to want to buy it anymore.
Posted by john_orbea at 12:16