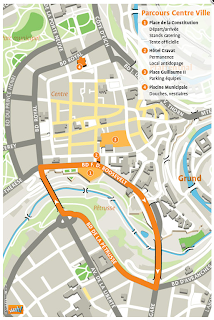 For anybody who cares about women's cycling, it's very easy to feel miserable at the moment - we've just had news that another race has been cancelled, the prizes on offer at the majority of the races are a joke compared to what the men win (and frequently about the same amount the riders could earn for putting in a full week in a fast food restaurant, provided they got a bit of overtime) and the salaries they receive (those who are lucky enough to receive salaries, that is; which is why some of them have to put in a full week in a fast food restaurant and hope for a bit of overtime) are quite frankly an insult in many cases. Be thankful, then, that this week brings us that celebration of all things good in women's cycling, the Festival Luxembourgeois Elsy Jacobs.

Combined, this is a two stage race with a TT prologue. However, in the Elsy Jacobs each stage is a race within its own right to a far greater extent than in any other event and every day has an entirely different feel to the others. The prologue has the feel of a party, not least of all because it takes place in the evening on a 1.7km parcours on Luxembourg city - and as that parcours is both stupendously fast and passes by some of the city's most vibrant bars, it's a full-on party in celebration of speed. 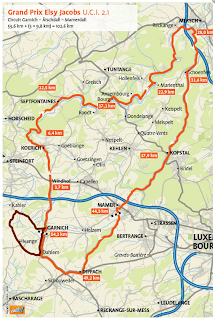 Stage 1 follows the famous parcours of the GP Elsy Jacobs, the one-day race named in honour of the world's first Women's Road Race World Champion and from which this festival grew. It heads north out of Garnich, Jacobs' hometown, then follows a 53.6km loop up to Mersch and back to Garnich again where riders complete five laps of a 9.8km circuit. Those in the know say that it's impossible to predict how this race will end, and more than once the fates have conspired to allow a relative unknown to take the glory.

Stage 2, named in honour of twelve-time National Champion and twice winner of the Tour de France Nicolas Frantz, uses the same 53.6km loop as Stage 1 but this time sets off from Frantz's hometown Mamer, ending with five 8.9km circuits through the narrow streets.

It's sometimes difficult to follow women's races as many simply don't have the budget to provide the sort of coverage many men's events enjoy - which is, of course, a serious problem for the sport. However, this one rivals the Grand Tours with an expertly-designed website that provides full details of the three courses, results and just about everything else a fan might wish to know. 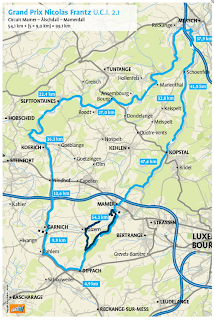 One day, all women's races will be like this - but the Festival will always be unique, and there really is no other race quite like it.