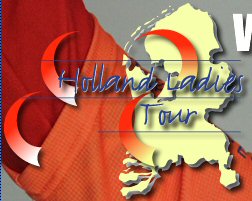 Just when we think things are looking up for women's cycling, a new disaster - the organisation behind one of the sport's premier events, the Holland Ladies' Tour, has announced that it has been forced to temporarily suspend preparations for the 2012 edition due to lack of sponsorship.

Chairman of the organisation Marten de Lange says, "We need a miracle for the race to go ahead at this late stage, but we will continue to look for one. However, the towns that would have been hosting stages need to be aware that there are uncertainties."

It is understood that a main sponsor has pulled out and several smaller firms have also withdrawn their support from the race, which was due to start on the 4th of September and would have provided a rehearsal for the 2012 World Championships. Women's cycling has had a tough time of it in recent years with many races being brought to a halt for the same reason, among them some of the sport's greatest events such as the Women's Tour de France. Several teams have also closed after loss of financial backing.

Women's races are unable to generate attendance figure rivaling those of men's races for a number of reasons - a general feeling that they are somehow less exciting (not helped by certain UCI figures), lack of exposure on TV and in the press and other factors - which has the effect of convincing sponsors that they're not getting value for the money they put in. This means the sport has always lived hand-to-mouth on budgets that are miniscule compared to men's racing; but the problem becomes worse each time an event is forced to close, as racing is what generates exposure - thus the problem fuels itself. It's a tragedy when any race comes to an end, but the damage done is far greater in women's cycling - especially when it's a race as prestigious and important as this one.
Posted by john_orbea at 09:58