Wyman wins European Cross Championships
Until very recently, cycling was a niche sport in Britain. It used to be huge here - in fact, when the 19th Century "bicycle craze" died in France, it thrived on this side of the Channel, and races (both in velodromes and on road - on actual roads at first, later on airfields and similar places when the National Cycling Union's ban on racing on public roads came into force) drew big crowds. Then, for whatever reasons, it disappeared from the mainstream and didn't reappear until the British track team started beating everyone else and Millar, Cooke, Cav, Pooley, Wiggins, Froome and the rest won some big road races: suddenly the nation fell in love with cycling in a way it hadn't done for decades.

Cyclo cross used to be a big thing here too. Speak to veteran cyclists who remember the 1930s (and you should, because before long there won't be any of them left) and they'll tell you that local 'cross races could pull in large numbers of spectators once upon a time - but talk to the general public and a high percentage of them don't even know what 'cross is. With British domination of the European Championships, that could change and 'cross could go mainstream - but only if British Cycling put the same effort into promoting it as they've put into track and road.

Helen Wyman - who, if  the popularity of her sport does take off, might become the household name she's long deserved to be - opeted for her standard tactic: a fast get-away from the start line. This time, however, she wasn't the fastest and when she got caught in an especially stick section was overtaken several times; but then she identified a line nobody else spotted and started to gain time - by the end of the first lap, half a minute. Then, she brought her wealth of experience into play and simply kept going too fast for anyone to catch her, so that by the final lap she had comfortably over a minute in the bag and was able to ride the rest of the race without taking risks. That doesn't equal "boring," though: when the seven-time National Champion blasted solo over the finish, she clocked 39'33" - one minute and eleven seconds faster than fellow British rider Nikki Harris, who finished in 40'33" and 1'24" faster than third place Lucie Chainel-Lefevre of France. 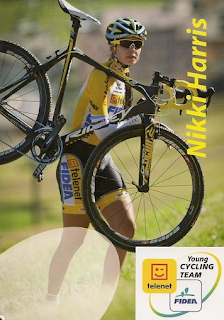 The Netherlands, being the top country in the UCI 'cross rankings (Britain is second, by only 15 points, incidentally), was no doubt hoping and expecting a podium place; Sophie de Boer rode typically well and looked to be in with a good chance at a medal but began to tire in the final lap; her time of 40'58" left her fourth. Belgium, where 'cross is massive and even the little-known village races have the atmosphere of a British cup final football match, probably also expected a rider in the top three; Ellen van Loy, who has found superb form this season, was fifth at 41'03" and Sanne Cant, current National Champion, was sixth at 41'07". Some way back but, crucially, far ahead of the rest was another British rider, Gabby Durrin, taking seventh place at 42'54".

Helen, Nikki and Gabby are excellent, highly accomplished riders and all extremely likable people too, ready-made ambassadors for cyclo cross; if British Cycling were to use their success to promote the sport (BC's report, which appeared on their website on the 5th, consists of just five sentences), the 2013 Championships could well be the last with no British riders in the Women Youth category.

A Magic Week - Helen's own account of the Euros

Just about to head over to @BBCSport to read their full report from the DOUBLE MEDAL BY GB at the European Championships ........ Oh hang on


Annie Simpson wins in Southampton
Annie Simpson (Team Hope Factory), who is much better known as a road racer (and as a mountain biker, for that matter - she was Under-23 National Champion in 2012), took just ten minutes to stamp her authority on the Southampton round of the National Cyclo Cross Trophy Series. Hannah Payton (Morvelo Kinesis) was the only rider able to stay with her when she did so and the pair soon had a 10" advantage over their nearest rivals.

Payton is a strong and technically very gifted rider, but at 19 years of age to Simpson's 23 she ultimately lacked the experience to gain an upper hand and, going into the final lap, Simpson had edged ahead. By the finish, she'd built that into a 16" advantage, further extending her lead in the Series standings with 70 points to Payton's 68.


Successful surgery for Vos
Marianne Vos, who suffered back pain for much of the 2013 season (her results didn't suffer, though), has undergone successful surgery to remove an abdominal cyst that she believed might be the cause of the pain. The operation was carried out at the Medisch Centrum Haaglanden Antoniushoeven in Leidschendam and was performed using "keyhole" techniques, which permit a faster recovery.

"The recovery is going very well and the wound is much less painful than I'd been expecting," said Vos from her home in Meeuwen. She will now continue with her usual rest period before picking up her training regime prior to returning to racing at Heusden Zolder on the 26th of December; then go on to the National and World Cyclo Cross Championships which she states are her main goals this winter. 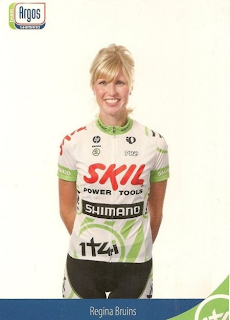 Regina Bruins, who was forced to take a hiatus from cycling due to a pulmonary embolism, will return to the sport in the new season.

Bruins began her professiona career in 2007 with Tom van Bemmelen-Odysis and won races right from the start. She is especially known for being a valuable addition to a time trial team, riding with the victorious squad at the 2008 Nationals, but is also a talented individual time trial rider and won the National Championships in 2009 and the Prologue at the Tour de l'Aude the following year; however, unusually for a time trial rider she can also hold her own in a sprint, as was memorably the case when she recorded the same time as Ina-Yoko Teutenberg, Julia Martisova and Annemiek van Vleuten (beating Marianne Vos, Brooke Miller and Emma Johansson by 1'28") at the finish of Stage 6 in the 2010 Tour de l'Aude.

From 2011, when she rode for Skil-Koga, Bruin's results suffered, her best placing all year being a ninth-place stage finish at the Thuringen Rundfahrt; diagnosis of pulmonary embolism in 2012, in which a substance travels via the bloodstream into the lungs, where it blocks the main artery, explained this - but required a period of rest and treatment with blood-thinning drugs, which limit the blood's ability to transport oxygen to muscles and thus dramatically reduce athletic ability. Now 26, Bruins will make her return with the Swabo team. 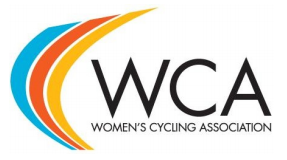 “Establishing Equity in Women’s Professional Cycling” is the theme of an event due to take place at the US Bicycling Hall of Fame in California (303 3rd Street, Davis, CA 95616) on the 16th of November.

The event is open to the public, ought to be fascinating and might well lead to big, positive changes in the sport. If you can get there, it'd be worth doing so. More information here.


Want to give paracycling a go in the UK?
Paralympics GB's SportsFest, taking place at the University of Worcester Area this month, is free to attend and, in addition to cycling, offers a range of other sports including triathlon, archery, shooting and hockey (full list here).

The event takes place on the 24th and 25th and is free. More info here.

Stradalli to supply Colavita bikes
Stradalli, the Florida-based firm that has produced carbon racing bikes since 2009, will supply bikes to the Colavita-Fine Cooking team in 2014. The team will ride the new RP-14 road bike and the Phanton II time trial machine, and the deal marks Stradalli's debut as a team sponsor.

Stradalli's philosophy is to produce the best possible bikes for the best possible price, and the "Red-Pro" Ultegra-equipped bike is an example of this - retailing at less than $3,000, it looks to be one of best bargains in road cycling. The Phantom II, designed from the ground up, is the most aerodynamic bike Stradalli have ever produced.

Transfers
All the latest moves at Women Cycling Fever
Argos-Shimano, which will race under a new name in 2014, has revealed its finalised new roster. Kelly Markus, who has ridden for Argos-Shimano for the last two seasons but was not offered an extended contract with the team despite good results at the Belgian Open track event in 2013, will  move to the new Rytger team. Claudia Hausler, who won the Giro Donne in 2009 and in 2013 the controversial Giro della Toscana, will also join Argos after a year with Tibco-To The Top. The team's full roster is Kyara Stijns, Marijn De Vries, Claudia Hausler, Sara Mustonen, Kirsten Wild, Lucy Garner, Floortje Mackaij, Maaike Polspoel, Julia Soek, Willeke Knol


Shorts and Interesting Links
Maxxis Babes
Like Maxxis tyres? I did, too - the Courchevel is a damn fine touring tyre. So it's a shame they've done this.
(As spotted by @_Blixa_)