World Championships
The World Championships is the only time during a non-Olympic year that women's races get anything like the mainstream media coverage they deserve, so Les Deesses won't be featuring the race guides, maps, start lists and race reports that I write for all the Elite events (not least of all because single-handedly writing guides for the 56 races in that category that took place in 2013 has been hard work, and it's nice to sit back and enjoy a race without thinking what you're going to write about it) - you can get all that from the excellent official website or, for a change, from most of the cycling magazine websites. I'll still write some brief reviews of the action and post results, however, simply because I bloody love this sport, as well as compiling a list of links to anything especially interesting. :-)

GBR World team unveiled
Lucy Garner was revealed to have a provisional place on Great Britain's World Championships team recently and nobody who knows anything about her career will be surprised to see she's made it onto the official, final roster - Garner was, after all, Junior World Champion twice and is hotly tipped to be the next big thing in British women's cycling. Experienced riders Lizzie Armitstead, Katie Colclough and Nikki Harris will join her.

Emma Pooley was named on the long list as a prospective member of the road race team in addition to being the sole choice for the Individual Time Trial; since she has declined her place at the Worlds in order to concentrate on working towards her PhD it isn't clear who'll replace in the TT. Anna Christian and Bethany Hayward will contest the Junior Road Race.

Team Time Trial
Specialized-Lululemon have dominated the team time trials in every race they've entered this year, so the outcome of the TTT at the World Championships was surely the safest bet in any sporting event this year - I have no idea what sort of odds the bookies were offering, but if you put money on them you won't be getting much of a profit.

In fact, Lululemon are so good against the clock that nobody will be much surprised by their winning margin, either: they got round the course in 51'10.69", 1'11.09" faster than second place Rabobank and 1'33.83" over Orica-AIS, the only teams that have been able to get anywhere near them all season.

"The other teams would only have had a chance at winning gold if Specialized made a mistake," an admiring Marianne Vos told the Dutch NOS website.


Individual Time Trial
Ellen van Dijk has won almost every individual time trial in which she's competed this year, but after several years in which performance levels in women's cycling has been steadily increasing it was impossible to say any one rider had the best chance of winning in this race - there's just too much talent around these days, and the best in the world are in Tuscany.

It was soon clear that van Dijk was going to get a place on the podium when, as one of the last riders to go, she set a blistering pace; when she completed the course in 27'48.18", most fans decided then and there that she'd won - as indeed proved to be the case, with Linda Villumsen of New Zealand taking more than 24" longer to get around the 21.8km parcours. American Carmen Small was third at +28.74".

The finishing order is especially interesting for the two relatively unknown names that placed highly: Annika Langvad, who was sixth, and Hanna Solovey in eighth. 29-year-old Langvad started her cycling career on fat tyres and came third in the 2008 Danish National Mountain Bike Cross Country Championships, then made a name for herself on the road when she won the National Road Race and Time Trial Championships in 2010. In 2011 she held onto the ITT title, but then gave it up in 2012 when she concentrated on MTB (and won the National Cross Country Championship and the World MTB Marathon Championship); in June this year she once again became National ITT Champion. Hanna (or Ganna, as it's also spelled) Solovey's is a name that people may remember - she's just returned to cycling after a ban (ended 1st July), having been caught out in a test for the steroid Drostanolone. Solovey used the drug when she was just 19 and  is, remarkably, still only 21 years old - making her eighth place result against the top time trial riders in the world even more impressive, if she can be assumed to be clean now (it should be added that Solovey would not be the first young rider to be pressured into doping by a crooked trainer, which is a convincing counter to the argument that all athletes found to have doped should be banned for life without question). Junior World ITT Champion in 2009 and 2010, Solovey went on to become National ITT Champion at Elite level in 2012 and is European Under-23 ITT Champion and National Omnium Champion this year, when she also finished third in the European U-23 Road Race Championships. Given a season or so of good results, in her races and in the dope-tester's trailer, and it's a safe bet that we'll be seeing Solovey take up a contract with one of the top professional teams very soon.

Ellen van Dijk ‏@ellenvdijk What a feeling to wake up with! I think I honestly understand what this guy feels now :)

Junior Worlds Results
ITT
Severine Eraud, last rider to go, was 13.5" behind Alexandria Nicholls who had been first to go amd this held the best time right up until Eraud's ride. However, the 18-year-old, who is currently French and European Junior ITT Champion, put in a blazing performace over the final part of the parcours and took 2.69" out of the Australian.

World Champs on the BBC
Remember when you last got to see a women's bike race in glorious BBC technovision? Probably, as it would have been the last World Championships a year ago; unless they've been showing all the races that have taken place since then during the early hours of the morning when I'm asleep.

Anyway, the good news is that you can see this year's races too. Chris Boardman and Simon Brotherton (who has taken over now that Hugh Porter's retired) are in charge of presenting duties and will doubtless anger and/or amuse us at various times by displaying their lack of knowledge of women's cycling, but hey - at least the race is on telly.*

*Seriously though, Beeb, there are loads of women with a detailed knowledge of the sport (including some retired riders) who'd do a far better job than Boardman and Brotherton.

Katie Colclough retires
She's only 23, at least four years from the age at which most cyclists start to reach the peak of their athletic ability, but Katie Colclough has decided it's time to move on.

Interviewed by the BBC at the World Championships, Colclough revealed that one factor in her decision to retire is the impossibility of making a good living from the sport. The Elite Women, unlike their male counterparts in the ProTour series, do not receive a minimum wage; with the teams operating on small budgets, many of the riders work full-time as well as racing simply in order to be able to make ends meet.

"It is time to try something new and different. I'm not sure what I'll do," Lincolnshire-born Colclough told the magazine - having been racing since she was a schoolgirl, she's already been in the sport for more years than the vast majority of professional careers last.

Still no UCI Giro Toscana statement
Considering that the World Championships are the UCI's premier, showcase event and that Stage 4 - the one that most of the riders refused to race, because of safety concerns - of the Giro Toscana took place on a very similar route, it seems peculiar that the UCI didn't feel it was important to publish as soon as it possibly could a press statement ensuring that riders' safety would be guaranteed.

The Giro has a history of mishaps, and this year's edition was not the first to be hit by a riders' protest. Insufficient official vehicles and police escorts were provided, meaning that only the riders in the lead group rode on closed roads - any riders further back were racing on open roads, among traffic; riders therefore felt that a stage ending in Florence, one of the region's busiest cities, was simply too dangerous and around 60 of them (including the race leader, all of her rivals and most of the top teams) refused to have any more to do with it.

Were a similar thing to happen at the Worlds, which will attract international audiences far bigger than those that followed the Giro Toscana, it would be an enormous embarrassment to the UCI, the reputation of which has suffered serious damage over the last couple of years due to the revelations concerning Lance Armstrong. 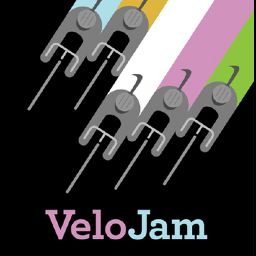 Last year's women's track cycling event VeloJam, at the historic Herne Hill velodrome, proved an enormous success. So, it's back on this year - and with all the riders who went away telling everyone what a fantastic event it had been in 2012, it's sure to be bigger and better this year.

"The concept is based on the belief that something needs to be done to tap into all the women out there who want to be taken seriously and race track," says the official Herne Hill website. AnaNichoola and Team Mule Bar Girl-Sigma Sport are backing the event.

The event, which takes place under floodlights in the evening of the 5th of October, features categorised races with riders at all levels from Elite to first-time novices getting plenty of track time. Entry is a mere £15 (£20 on the day), a small price to pay for the pleasure of riding in front of a supportive crowd (entry is free for spectators, which makes it all feel more like a party than a race meet) at the 122-year-old velodrome that hosted the track cycling events of the 1948 Olympics.

Shorts and Interesting Links
Armitstead aims at Tour of Britain
"If there is a women’s Tour of Britain next season I would base half my year around trying to win it," Lizzie Armitstead told Mancunian Matters, reasoning that victory in the race - which looks certain to go ahead early in 2014 - would bring attention to women's cycling in Britain much as Bradley Wiggins' 2012 Tour de France win saw the popularity of professional cycling soar.

Cookson wins UCI election
Brian Cookson, who has expressed a desire to encourage the development of professional women's cycling during his election campaign, has won in his bid to become the new president of the UCI. More from the Daily Telegraph.

Interesting Links
"At the moment it is a third of one person’s job at the UCI to develop all aspects of women’s cycling all around the world" Brian Cookson interview, VeloNation
Team Time Trialling in Toscana (Podium Cafe)
Lucy Garner's dream debut (Cycling Weekly)
No regrets from Cromwell after Toscana dispute (Cycling News)
Cyclist Claire gets Ulster call-up (Ballymena Times)
Orica-AIS confident of proving skeptics wrong to win gold (Brisbane Times)