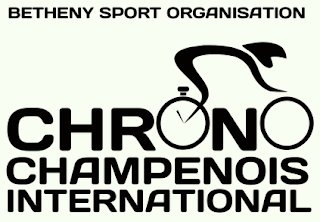 The 2013 cycling season is almost over. The Memorial Michela Fanini, which finishes on the same day the Chrono Champenois takes place, is the last stage race of the year and all we have left is a handful of time trials, of which the Champenois is one - the other races left are the Chrono des Nations, World Championships and the African TT and road race Championships, and then that's it until Spring 2014 (fortunately, there is cyclo cross).

The Champenois is a rare example of a race that started out as a women's event, right back in 1989, and later expanded to include a men's race too.

The Parcours
The majority of the route is made up of long, straight sections and is as a result not highly technical; however, there are several tight corners which may become slippery after rain. An added hazard at this time of the year is the horse chestnut trees found at several points along the way - the spiky nut (conker) shells they drop can easily cause punctures. There are also a number of short tunnels passing under railways, while these are not narrow enough to cause problems for a single rider water and leaves often collect in them, causing slippery conditions.

The climb, which takes up most of the third quarter of the race, looks daunting on the altitude profile but in fact gains only around 90m in 8km, making the average gradient negligible. With the highest gradient, around 24km from the start, less than 6% and lasting for only a short section, gradients won't play much of a part in deciding the outcome - what matters is being able to maintain a good rhythm around the corners and keep your momentum all the way to the finish.

Getting there
Calais to Betheny by car isn't a difficult journey, being some 270km down the A26 - though you'll have to pay tolls at a few points; the suggested Google map is here. Completing the journey by bike is probably not possible for the majority of people at this late a stage since avoiding the motorway increases the journey to 310km; however, the Google map for the suggested route is here - and you could always drive the first bit, then cycle the last 100km for one last bike adventure before the weather turns bad.

How to follow the race
As ever, we're probably going to be limited to Twitter updates from Karl Lima, Richie Steege, Anton Vos and Bart Hazen - so it's a good thing that all four of them do a fantastic job of providing information. The race doesn't seem to have an official Twitter account, but using the hashtags #womenscycling and #chronochampenois may turn up some good stuff - be sure to use them to share any information on the race or media coverage you may come across.