Help Kristin get her bikes back 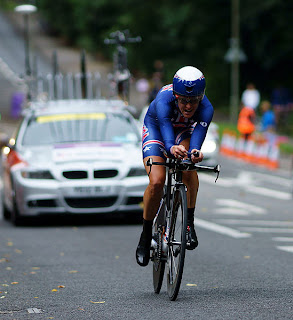 If you should happen to be offered a very nice Felt bike at a price that seems too good to be true, you might want to get in contact with Exergy Twenty12 - there's a reasonable chance that they belong to Kristin Armstrong. The bikes were stolen whilst in transit somewhere between Germany and the USA and could therefore turn up in Europe or North America. More details here.

The bikes are as follows:

Chances are a few bits and pieces will be removed or swapped for other bits in an attempt to disguise them, but with such a collection of top-notch parts the thief won't want to change too much for fear of reducing the value. The team is offering "a substantial reward" for productive leads; you'll also earn the gratitude of one of the greatest cyclists the world has ever seen.