Have you ever heard of... Hélène Dutrieu?

Born in Tournai, Belgium on this day in 1877, Hélène Dutrieu became arguably the world's first female cycling superstar. Her father, an officer in the Belgian Army, seems to have been of the unusually enlightened opinion that girls and young women should be permitted to have ambitions other than marriage and children; having been raised in such a healthy and nurturing environment she decided after leaving school at the age of 14 to make her way in the world of work. We don't know when she began riding a bike, but there's a good chance that like many of the male cyclists who turned professional in those days she used a bike to get to work and discovered she was good at riding it - and at the age of sixteen she turned professional with the Simpson Lever team.

In 1895, Dutrieu set a women's hour record and she won the World Speed Track Championships in Ostend in both 1897 and 1898, becoming a household name and earning the nickname La Flèche Humaine. In August 1898 she also won the Grand Prix d'Europe, then a few months later the Course de 12 Jours in London - for which she was awarded the Cross of St André by the king of Belgium. In those days, it was impossible for even a woman as talented as Dutrieu to make a living from racing (even now, more than a century later, the vast majority of "professional" female cyclists are forced to find work between races); so she began appearing at variety shows and public events as a stunt rider, one of her most famous stunts being to ride a vertical loop. She also performed stunts on a motorbike and in cars, later becoming a racing driver.

In 1910, Dutrieu became the first woman to pilot a plane with a passenger; later that year she became the fourth woman in the world (and the first from Belgium) to earn a full pilot's licence, after which she became a stunt aviator with a new nickname - The Girl Hawk - and won numerous competitions and set new records (and caused a minor scandal when she revealed that she didn't wear a corset when flying). In the First World War she drove an ambulance between the trenches and was later installed as director of a military hospital, then after the conflict ended she became a journalist. When she married in 1922 she took French nationality, later becoming vice-president of the women's Aero Club of France and established the Coupe Hélène Dutrieu-Mortier, an award of 200,000 francs for the female Belgian or French pilot to have completed the longest flight in any one year. She died on the 26th of June 1961, aged 83. 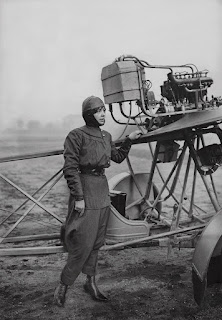 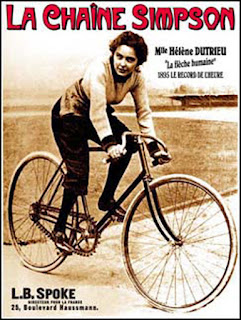 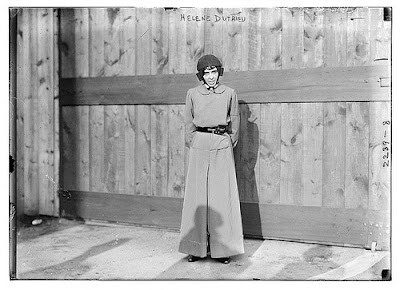