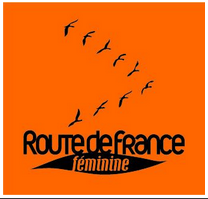 The Giro Rosa, which used to be the Giro Donne, is of course the only women's Grand Tour (though this will not be the case for much longer, with a bit of luck and plenty of signatures). However, La Route de France comes close - an eight-day, prologue-and-seven-stages race that covers 834.9km of highly varied French countryside. Held since 2006, except in 2011, it has become the biggest women's race in France since the demise of the Grand Boucle (Tour de France Feminin) in 2009, despite losing a stage this year.

Some fans are not keen on La Route, saying that it's a boring race. To be fair, it does seem a bit of a shame that it misses out so much of the spectacular scenery seen a few weeks earlier in the Tour de France and a few high mountain stages would undoubtedly be a welcome addition (in 2012, Stage 7 climbed the Vosges' Planche des Belles Filles), but the flatter part of France between Paris and the Massif Central (which the race tantalisingly glimpses this year) is not without its charms either - and remember that a high-speed bunch sprint to the line can be a very thrilling sight. Whatever happens, right now the Route is the nearest thing we have to a women's Tour de France, hence the extensive start list; it gives just a little taste of the race we'll have to look forward to if the Amaury Sport Organisation decide to listen to demands that they add a women's race to the greatest sporting event the world has ever seen (which, incidentally, you can help persuade them do by signing this petition).

Soissons, the start town of Stage 4 last year, is the location of this year's Prologue, a 3.8km individual time trial taking place on wide streets and boulevards. The smooth road surfaces and non-technical nature of the parcours, with no tight corners, will allow all riders to record good times and the time trial specialists may even set some records.

One for the rouleurs, this. Or at least, until the race reaches Enghien Les Bains in the Île-de-France, on the northern outskirts of Paris, because from that point on the parcours changes character dramatically - gone are the long, straight roads through the countryside where a small group of fast riders can work together, choreographing themselves so as to gain time, to be replaced by a tight urban route with several sharp corners. Then, near the end, they enter a criterium-style circuit around the Lac d'Enghien. What happens in the four laps around it could very easily end any advantage riders found earlier.

Setting out from the north-western suburbs of Paris, Stage 3 carries the race away through the gently rolling countryside of the Ile-de-France to Mantes La Jolie, some way west of the capital. It's prime territory for the domestiques to join breakways, picking up a few seconds (and the gratitude of their sponsors) while the team leaders are sizing one another up and saving their legs for stages still to come.

View Untitled in a larger map

The main issue facing the riders on the long 113.5km route to Mamers is likely to be punctures - though relatively undemanding, the parcours carries the race through some thick forest where, at this time of year when conditions are dry, even the slightest breeze can snap off thorny twigs and leave them on the road. If the wind has been strong at any point in the week or so prior to the race, expect wheel changes aplenty.

Once Mamers is reached and the riders enter the finishing circuit around which they will complete two laps, things change completely just as was the case in Stage 1 - the circuit features a series of very tight corners, road furniture, slippery road markings and an assortment of other potential hazards. This makes it look promising for those riders who have lots of urban criterium racing experience as they'll be able to take the corners at speed and identify hazards in the split second that is all they get on this sort of parcours, but it's entirely possible that a breakaway might have found a huge advantage on the main route and arrived at the circuit with enough time in the bag to take Mamer's streets at a leisurely, safe pace and still win.

The longest stage of the 2013 edition, Stage 4 appears to be a transitional stage with little purpose other than to get the riders from one part of the race to another - but might well turn out to be an interesting route because, with all those long, straight sections, those squads that have spent a long time practicing their team trial technique could treat it as just that: a very long team time trial in which they can get their heads down, take turns at the front and gain some serious time advantages over riders in teams that aren't so well-drilled in races against the clock.

All of the towns and villages along the route have something to offer. The most notable to English speakers is Beaugency, where the Devil helped to build the bridge over the Loire in the local version of the well known "the Devil builds a bridge in return for the first soul to cross it" story, as recounted by James Joyce. As is always the case in the story, the first soul to cross belonged to a cat; cats' souls apparently having less value to the Devil than human ones. In addition to the bridge, the town has a spectacular ruined castle and an abbey church.

Saint-Fargeau, with its typically Burgundian clocktower, hosts the start of a stage that quickly takes the race into thick forest, where a badly-timed puncture could leave a rider who started the day full of promise with a big time disadvantage to make up.

Most of the route is fairly flat, but there is a considerable climb over the 5km leading into Alligny-Cosne and, once through the town, a steep descent over the next 2.5km en route to Donzy, an attractive medieval town and the birthplace of professional cyclists Henri Prevost (who rode the Tour de France in 1929 and 1930) and Yves Hezard, who enjoyed many successes through the 1970s and later became directeur sportif of Bernard Hinault's La Vie Claire team: while the route up favours the climbers, the descent is sufficiently steep for heavier riders to gain a lead on the way down. With the exception of a brief climb before Pougues-les-Eaux, the rest of the parcours is gently rolling. It ends with two laps of a 13.4km circuit that shouldn't give the riders problems, though two sharp corners (D267/D8) and D8/D907) might claim a few victims if it rains.

The volcanoes of the Massif Central are long extinct, but great forces underground stil generate heat - hence the large numbers of spa towns in the regions around the mountains. Once a popular example, Pougues-les-Eaux fell on hard times in the 1970s when tourists stopped coming to take the waters - which were bottled and sold for a few more years, until they fell out of popularity too. Nowadays, the town survives largely as a tourist base, a place where visitors can base themselves and make excursions out to surrounding areas. One destination is Bourbon l'Archambault, the next town on the parcours, where the spa is still active. Vichy, at the far end of the stage, is also a spa; however, it is better known for having been the capital of Vichy France - the part of the country not occupied by the Nazis - from 1940 to 1944. During that time, France ceased to be a republic under the government of Nazi collaborator Philippe Pétain.

Starting off flat, the parcours becomes steadily more rolling as the race nears the mountains; expect plenty of attacks and breaks early on in the race when the riders who don't have much chance of winning try to get some bonus seconds and sponsor-pleasing time in the spotlight before those that do take over towards the end.

With Stage 7 ending so near to the Beaujolais mountains, which are themselves the foothills of the Massif Central, it would have been a pity if the riders didn't have any climbs ahead of them today - so the organisers have seen to it that the parcours takes in the most serious climb of the race so far, the Col de Dun. Topping out just short of 1000m above sea level, the Col has some steep sections but the primary factor the riders will have to deal with is the narrowness of the road up - anyone who finds themself stuck in the peloton will have great difficulty in getting to the front of the pack in order to chase any climbers that manage to get away. Secondly, much of the climb runs through thick forest; if a rider punctures here she'll have problems getting back into position - especially if the narrow road hampers the team car's efforts to reach her.

There's plenty to see along the route. Montaiget-en-Forez has an impressive medieval city gate while Marcigny is famous for its La Tour du Moulin, a remarkably well-preserved 15th Century fortification that was later converted into a watermill - it now contains a museum. La Clayette's chateau is the star of many a jigsaw; Chauffailles is a larger town but its chateau is smaller and far less grand.

Starters
The official start list is here. As usual in women's cycling, the list of riders who actually start the race may be quite different; Women Cycling Fever keeps a regularly-updated list.

How to follow the race
The race has an official Twitter account with updates on what's happening with the organisation throughout the year and information during the event.
Posted by john_orbea at 20:27